UNISON members working in higher education in England, Scotland and Wales have voted for industrial action to press their wage claim – but the turnout wasn’t enough to meet the threshold for strikes set out in the 2017 Trade Union Act.

That act does not apply in Northern Ireland, and the union is still awaiting the result of its ballot of members there.

UNISON’s higher education service group executive considered the result in England, Scotland and wales and stated: “We would like to thank those activists, branches and regions that put in significant work to achieve the result.

“Unfortunately and frustratingly the government’s anti-democratic trade union laws, which impose a very high turnout threshold, mean that we are not able to fulfil our members’ wishes.”

It also warned that “this outcome will only further fuel the anger of our members who face yet another year of a below inflation pay rise. No university should be pay any staff less than the living wage and employers should be ashamed that some of their staff are forced to go to food banks.”

UNISON’s higher education branch seminar next week will review the pay campaign, “take heart at the positives and build for the next pay negotiations,” the executive noted.

“This result will inform our approach to next year’s pay negotiations and the employers should be in no doubt that we will again call for action if the HE employers do not meet our aspirations for a fair above inflation pay offer.”

Vote YES for Strike Action over HE Pay 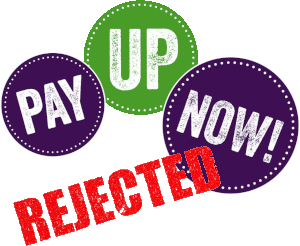 The local branch consultation on the national Higher Education pay offer has now closed with members rejecting the employers offer by over a two thirds majority (69% reject, 31% accept).

UNISON’s higher education service group executive said it “was clear that the offer falls well short of its aims. Recent years have seen a series of below inflation pay rises that are making it increasingly difficult for higher education support staff to make ends meet. We ask the employers to think again.”

Branches across the country are currently being consulted and the overall result will be available in August.  If the results elsewhere match those here, the HE Service Group executive will consider what further action is required, and will seek to co-ordinate any action with our sister unions involved in the pay negotiations.  We'll update members as soon as we have further information.

Higher education unions, including UNISON, and employers are due to meet again to discuss this year’s pay rise on 10 May.

At the last meeting on Friday 13 April, higher education employers offered to increase pay by 1.7%, or £325 a year (full-time equivalent), whichever is higher.

UNISON head of higher education Donna Rowe-Merriman commented by pointing out that “universities could eradicate low pay in the sector if all employers agreed to become living wage accredited.

“In addition,” she said, “employers need to act now to ensure that salaries keep up with rising prices.”

The offer for 2017-18 follows pay talks between the employers and joint Higher Education unions, and consists of: